Bayhorse Silver Inc. (the “Company” or “Bayhorse“) CEO Graeme O’Neill is pleased to report that the Company has received select sample assay results from  the “run of mine” mineralization extracted from the Bayhorse Silver Mine as tabulated below:

Over 542 kg (1,190 lb) of “run-of-mine” material has been received in Vancouver from the Bayhorse Silver Mine. This material was sampled during the first week, the third week, and the fifth week of stockpiling. As reported in the Company’s news release BHS2016-10, 85kg of this material was submitted to Metsolve Metallurgical Labs, Langley, BC, for comparison assays, and continued Dense Media Separation in preparation for mine-site mineral processing.

Additionally, as tabulated above, ten select samples from the first and second sampling were assayed separately by Metsolve Labs, using MS1714, 24 element assay package with fire assay for gold and silver, and four acid digestion for ICP. The samples are selective by nature and may not be representative of the material being sampled.

Bayhorse CEO Graeme O’Neill comments that “in order to maximize silver grades and recovery at the Mine in a cost effective manner, all “run-of-mine” material will be subject to some form of ore-sorting prior to entering the processing stream to minimize diluting the stream with waste and lower grade mineralization rock”.

A further shipment of 110 kg (242 lb) of the mineralized “run of mine” material was submitted to Mt Baker Mining & Metals of Ferndale, WA, (MBMM) for crushing and sizing testing for the Dense Media process. A Wilfley table test was conducted by MBMM on fines material under1 mm from the crushing and sizing test and the resultant products have also been submitted for assay.

A shipment of 75kg of the mineralized “run-of-mine” material sized between 1″ to 4″ has been shipped to Steinert USA for further testing on Steinert’s Ore-Sorting equipment.

Photos of the “run-of-mine” material extracted while clearing underground workings can be viewed at https://bayhorsesilver.com/mineralization-rocks-at-the-mine/.

For additional comprehensive metallurgical concentrate testwork, approximately 800 tonnes of the stockpiled “run-of-mine” material is being evaluated for shipping to either the New Jersey Flotation Mill in Kellogg, Idaho, or the U.S. Grant Mill, Virginia City, Montana. 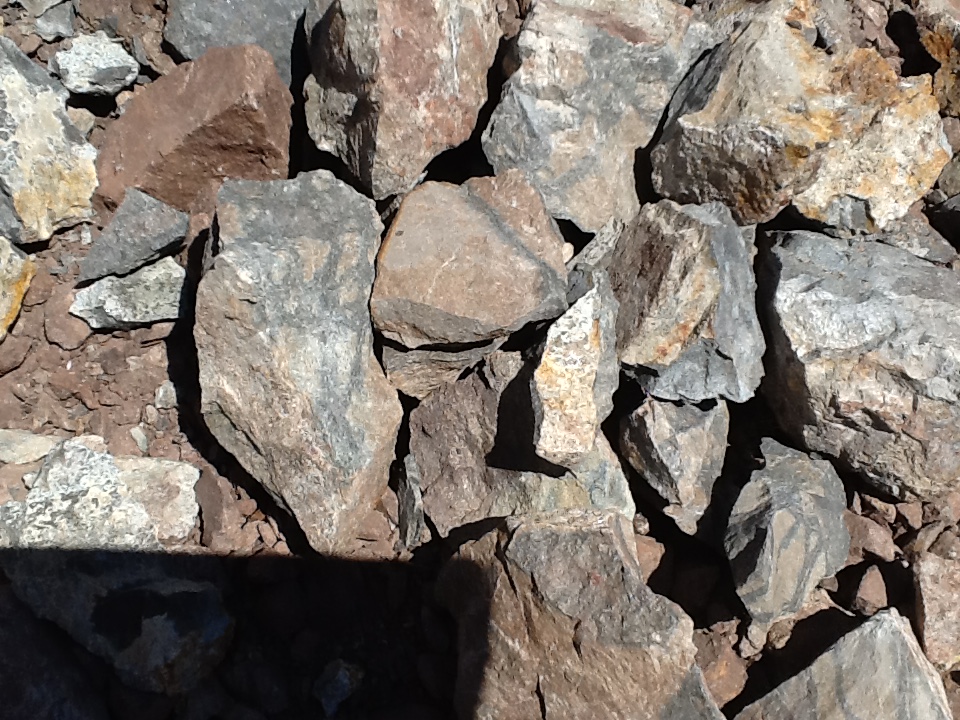 Rocks at the mine

Mineralization at the Bayhorse Silver Mine occurs within veins, stockworks, replacements and pods dominated by sulfosalts tetrahedrite-tennantite, acanthite and other sulfosalts together with abundant sphalerite (Leitch 2013). Chalcopyrite, galena and minor pyrite are present.

HRB Mining Services LLC, Mining Engineer, Ron Krusemark, a Qualified Person, took, or supervised taking the samples and has taken an additional 247kg that have been submitted for assaying to substantiate earlier samples collected by HRB. Chain of custody of all samples was guaranteed from the mine to the processing laboratory.