Development work at the Sunshine zone has exposed veins, bands, seams and stringers of mineralization across the face, back and ribs of the workings. Silver bearing tetrahedrite (copper) is the main mineral.

The 140 foot long Sunshine zone was last mined in 1926. Historic smelter records show that 63,470 ounces of silver was recovered from the 2,558 tons mined from the zone. Development material currently extracted from the zone is being processed and upgraded at the Bayhorse Mine site.

Silver and copper mineralization at the Sunshine zone is reported to be up to 85ft wide south to north and open along strike to the west, through the Junction and Big Dog zones, for a known 840 ft. (Herdrick, 1981). An underground assay map developed by Cordex in 1976, to confirm prior assay maps, showed copper grades ranging from 1% to 3%.

Also, under the current re-development phase, work is progressing on re-opening the Big Dog zone that was extensively drilled by Silver King Mines. The Silver King drilling extended the 120 feet long Big Dog zone a further 200 feet along strike to the west.

Prior to mine closure in the fall of 1984, when silver prices dropped below US$5.00 per ounce, Silver King Mines focused its efforts mainly on the Big Dog zone that had yielded 20,832 ounces of silver from 558 tons from prior mining .

Bayhorse CEO Graeme O’Neill, comments that “The Company is pleased that the mineralization now exposed at both the Sunshine and Junction mineralized zones at the Bayhorse mine is as reported in the substantial historic documentation on the Mine.” 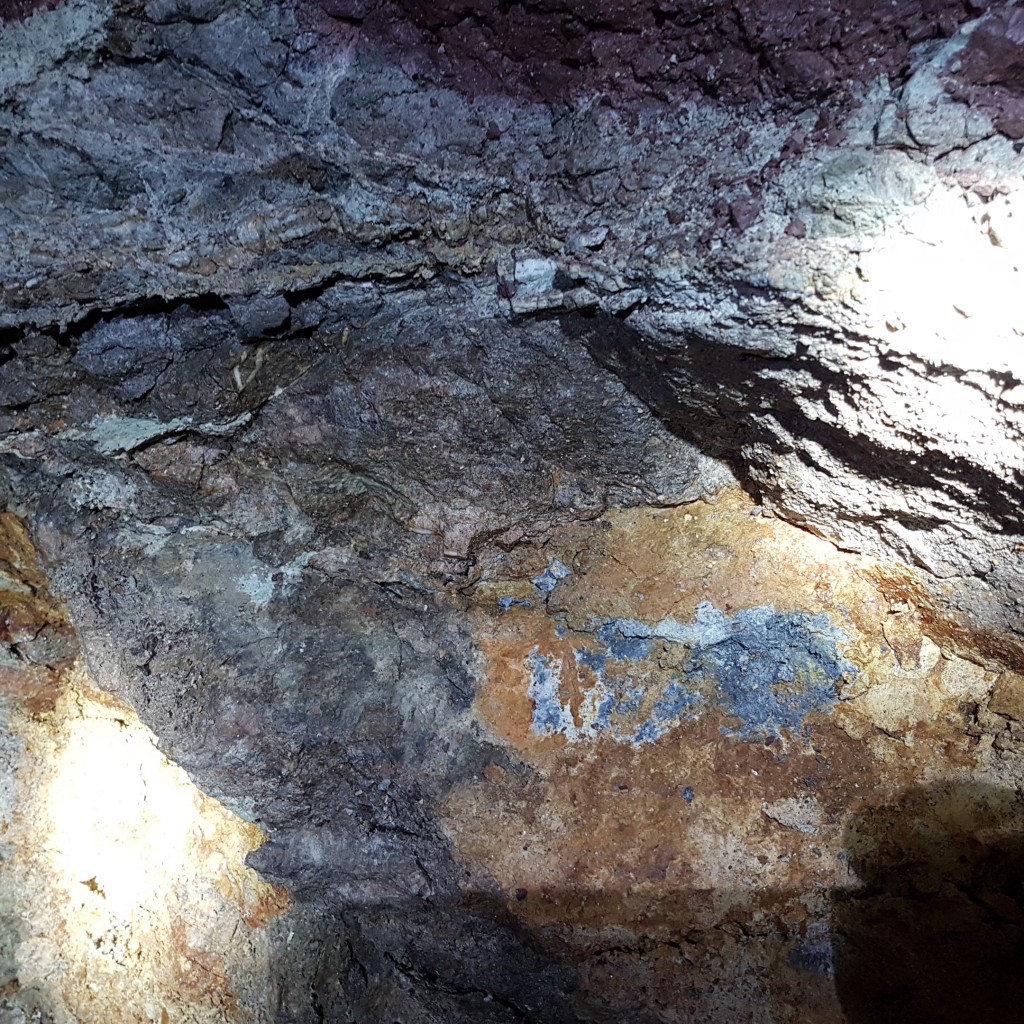 In his Examination and Compilation Report dated April 1981, Melvin A. Herdrick, Consulting Geologist, estimated probable tonnages in the main orebody, based upon geology, to be as follows.

In his conclusions Herdrick (1981) stated ” Because mineralization is controlled by stratigraphy, close proximity to the fold axis, and co-incidence of the Sunshine Fault near mineralization, continuity of mineralization is projected to extend more than 600 ft westerly, beyond the previous exposures within the mine.”

He further stated “Previous exposures verify that more than 400 ft of ore strike length is exposed from the upper level through the intermediate level. Projections of ore tonnages in the main body, based upon geology, yield a probable tonnage of approximately 160,000 tons within the 7.5 oz cutoff, having an grade of approximately 17 to 20 oz Ag/ton”

Herdrick’s assumptions, parameters and methods used to calculate the grade and tonnage of the reported historic resource are unknown.

Herdrick (1981) also estimated in the report that if on-site milling was contemplated from the two levels and the west projection, he could quantify a larger possible tonnage using a 3.5 oz per ton cutoff, but while determining a possible tonnage, did not ascribe a grade to the tonnage.

This News Release has been prepared on behalf of the Bayhorse Silver Inc. Board of Directors, which accepts full responsibility for its contents. Dr. S. A. Jackson, P.Geol., a Qualified Person has prepared, supervised the preparation of, or approved the technical content of this press release.

Bayhorse Silver Inc., a junior exploration company, has earned an 80% interest in the historic Bayhorse Silver Mine, Oregon, USA. Bayhorse is also earning a 75% interest in the past producing Bridging the Gap Project, consisting of ASARCO’s historic Crown Point, Silver King, Ranger, Wyoming, Curlew, and Blackhawk silver/lead/zinc mines in Idaho’s Silver Valley. The Company has an experienced management and technical team with extensive exploration and mining expertise.