Bayhorse Silver Inc. (“Bayhorse” or the “Company”) (TSX-V: BHS) reports that new mineralized intersections at the Bayhorse Silver Mine have significantly increased the vertical extent of mineralized zones to 70 feet (21m) from 20 ft (7 m). Niton XRF testing has confirmed the mineralization as silver bearing tetrahedrite and sphalerite.

Mr. Levi Duncan, Bayhorse Operations Manager, has advised that new development headings intersected wide zones of mineralization beneath the Sunshine zone and also beneath the Junction zone workings. These headings are located at distances of 48m (160 feet) and 103m (340 feet) from the Mine Portal and oriented to the North from the main adit at the Mine.

The newly intersected mineralization is open to depth from an elevation of 2307ft (793m). The two zones lie 50 feet (15m) below the previously known extent of the mineralized zones at elevation 2367 (720m) in areas that have never before been explored. The Company will use underground drilling in the new year from the two new headings to confirm historic mining grades, and also to confirm drill results from an un-mined zone at the westerly end of the Big Dog zone, that is over 600 feet (200m) from the Mine Portal.
Significant silver assays from the Bayhorse Mine have been previously reported in the Company’s news releases, BHS2014-01, BHS2014-09, BHS2016-10, BHS2016-11, BHS2017-17

Bayhorse CEO Graeme O’Neill comments “Discovering this mineralization in these new headings in virgin ground, and increasing the vertical extent of the mineralization, with the potential to define a greater tonnage, is exciting news for shareholders.”

The overall mineralized volume at the Bayhorse Mine was reported by Herdrick, (1981) to average 20 feet (7m) in thickness, up to 85 feet (25m) wide, and extending for over 840 feet (256m) in length. The mineralization extends from the upper adit portal at elevation 2367ft (720m) and is open along strike to the west. High grade sections were mined to elevation 2387ft (727 meters). 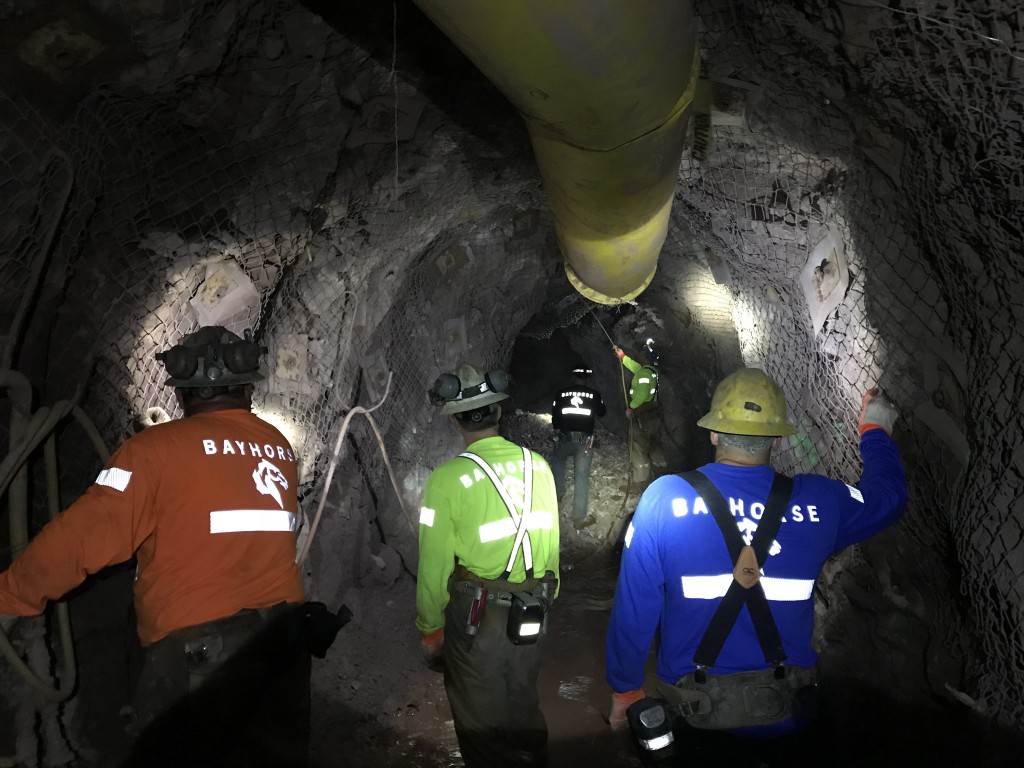 Bayhorse Silver Inc., a junior exploration company, has earned an 80% interest in the historic Bayhorse Silver Mine, Oregon, USA. Bayhorse is also earning a 75% interest in the past producing Bridging the Gap Project, consisting of ASARCO’s historic Crown Point, Silver King, Ranger, Wyoming, Curlew, and Blackhawk silver/lead/zinc mines in Idaho’s Silver Valley. The Company has an experienced management and technical team with extensive exploration and mining expertise.