Bayhorse Silver Inc. BHS: TSX-V (the “Company” or “Bayhorse“) is pleased to announce it has entered into an Option Agreement (the “Agreement”) with Blackhawk Exploration L.L.C. (“Blackhawk”) to acquire a 75% interest in the past producing Government Gulch patented mining claims in the Coeur D’ Alene Mining District, Idaho, USA. 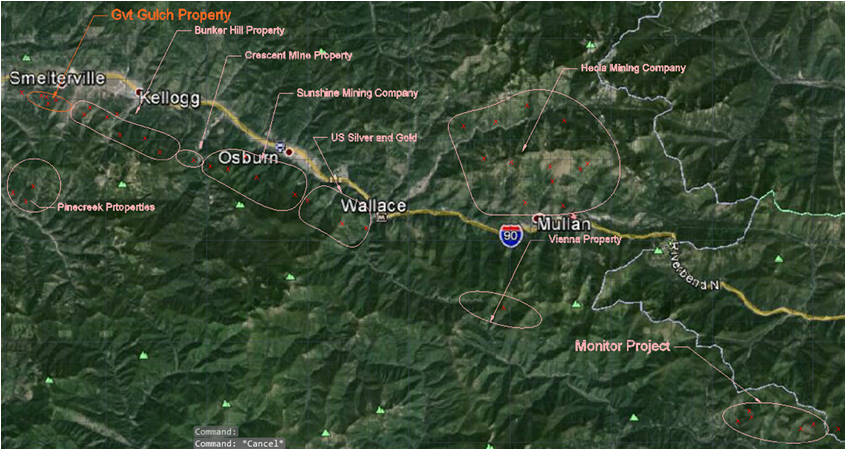 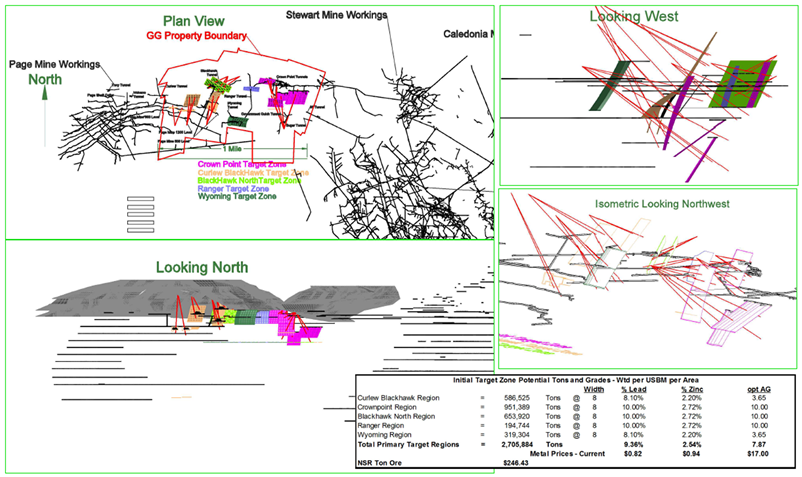 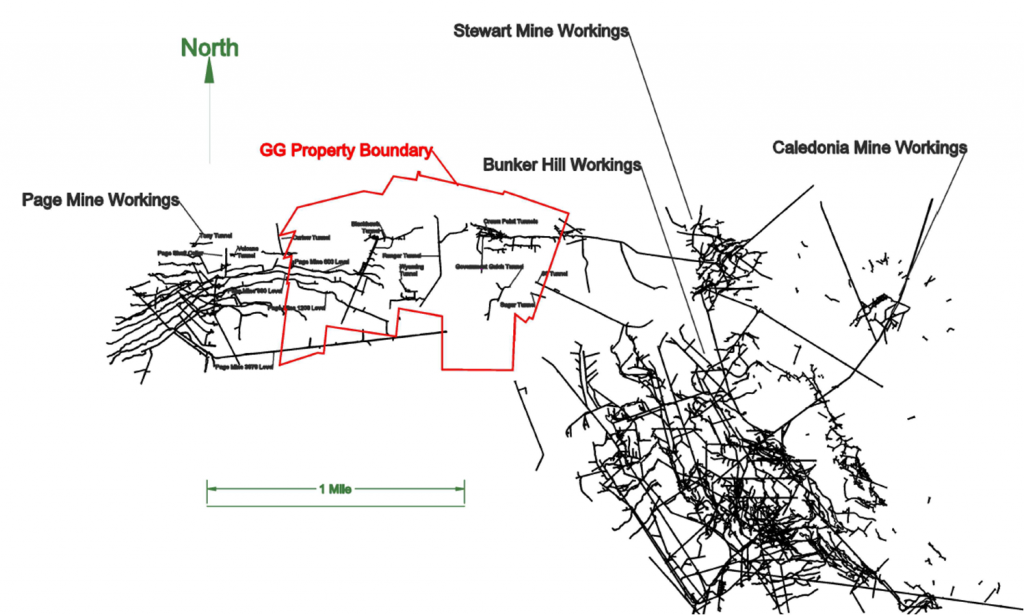 Located in Idaho’s highly prolific “Silver Valley” , the properties lie approximately 1 mile south of the towns of Kellogg and Smelterville off US Interstate I-90. The Government Gulch property consists of approximately 500 acres of patented claims and mineral rights that abut the Bunker Hill Mine to the east and the Page Mine to the west.. Mining operations were conducted by both the Bunker Hill Mine and the Page Mine right up to the east and west boundaries respectively of the Government Gulch group of claims.

Graeme O’Neill, President & CEO of Bayhorse Silver comments “The acquisition of these world class silver/lead/zinc, properties on patented mining claims, strategically located in Idaho’s Silver Valley, are a major addition to the Company’s prospects. The Government Gulch property is complementary to our near –to- production Bayhorse Silver Mine, also on patented mining claims, off Interstate I-84 in Oregon.

The Silver Valley silver/lead/zinc deposits are known to extend to over 10,000 feet in depth. Hecla’s Lucky Friday Mine is currently extending operations to that depth.

ASARCO deeded the Government Gulch claims to the U.S Environmental Protection Agency (“EPA”) as part of its settlement with the EPA for the Silver Valley Superfund Cleanup. Blackhawk recently purchased the Government Gulch property from the EPA-established Trust, free and clear of any and all environmental liabilities from the EPA, pursuant to the completion of the Super Fund Cleanup executed by the EPA in the Silver Valley.

The Company is also pleased to announce that Mr. Ron Kruzemark, P.Eng. a mining engineer with substantial underground experience from working in many of the Silver Valley’s mines, including Hecla’s “Lucky Friday Mine”, and who digitized the entire package of Government Gulch underground workings, will join Dr. Clay Conway, P.Geol, Dr. Stewart Jackson, P.Geol, and Dr. Richard Jolk, P.Eng., all qualified persons as defined by NI-43-101, as a consultant to the Company. Dr. G.E. Ray, P.Geol, prepares NI-43-101 Technical Reports for the company.

To earn its 75% interest in and to the Properties, Bayhorse is required to spend US$600,000 per year over five years, (inclusive of reimbursing Blackhawk for the US$500,000 acquisition cost of the property) of which US$1,200,000 is a firm commitment.